How long has the bathroom shower head been changed? Expert: Shower water is dirty than toilet water

American biologist Rob Dunn pointed out in an article published at the end of last month that for most people, after a hard day, going home to take a hot bath is a great enjoyment, but experts Say that the water in this private space is probably more dirty than the water in the toilet. 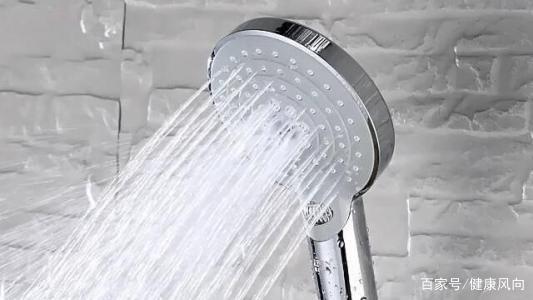 When the home shower head is dismantled and observed inside, it will be found to be attached with a layer of viscous material. This layer of viscous material is called “biofilm” and is composed of complex carbohydrates that are difficult to decompose. However, the surface of bacteria The polysaccharide compound makes this biofilm more robust and increases resistance to hot water, so thousands of bacteria are protected by this membrane.

When the water flowing in the shower head reaches a certain pressure, the bacteria hiding in the biofilm will be partially released, and the water molecules will be sprayed from the shower head and sprayed on the skin of the body. And in the mouth, and even directly to the depths of the lungs, and thus infected.

Pan Huaizong reminds that seniors, those with weaker resistance, and those who already have lung disease are high-risk groups. In addition, there are wounds on the body, such as surgical wounds or dry lacerations. It is also easy to get infected with this bacterial water.

Therefore, it is recommended that the shower head and hose should be replaced regularly, or removed every 3 months for cleaning. Dilute with 1 liter of warm water and 100 ml of white vinegar, soak the shower head for 30 to 40 minutes before using small Brush the brush to clean up the dirt in the water hole; it is also best to wash it with hot water of 60 degrees or more per week, so that the hot water can be disinfected when it passes through the shower head (the temperature at the bath is set at about 40 degrees). It is impossible to achieve the bactericidal effect); in addition, it can be washed with a large amount of water for one minute before bathing every time, and then people enter the bathroom shower. The most important thing is that the bathroom should be kept ventilated and not washed for too long.